Graphic histories: Understanding the Middle East and Africa through comics 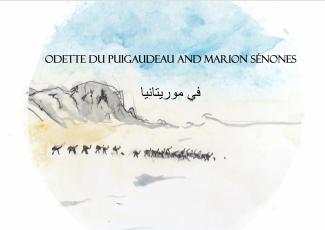 A virtual panel at the Middle East Center hosted by Dr. Paraska Tolan explored why this type of sequential art has gained popularity and how the art form can transform the way people think about history.

Comics are increasingly being used in historical storytelling, from professors assigning historical graphic novels in class to scholars collaborating with artists to produce graphic histories on topics on as diverse as the Atlantic slave trade and the decolonization of Algeria.

A recent virtual panel at Penn’s Middle East Center (MEC) explored why this type of sequential art has gained popularity in historical storytelling about the Middle East and Africa and how the art form can transform the way people think about history.

Moderated by Paraska Tolan-Szkilnik, a MEC postdoctoral fellow who earned a Ph.D. in history at Penn in 2020, the discussion featured Trevor Getz , a professor of history at San Francisco State University whose work revolves around gender and slavery in West Africa; Maryanne Rhett, associate professor of Middle Eastern and world history at Monmouth University, whose work relates to modern Middle Eastern and Islamic history at the intersections of popular culture, nationalism, and world history; and Nick Sousanis, associate professor of humanities and liberal studies at San Francisco State, who is a scholar, art critic, and cartoonist, a co-founder of TheDetroiter.com, and the first person at Columbia University to write a dissertation entirely in a comic book format.

Tolan-Szkilnik is herself in the midst of creating a graphic history of two French women and lovers who traveled to Mauritania in the 1930s.

Getz described his work on his 2011 graphic history book, “Abina and the Important Men,” a collaboration with artist Liz Clarke based on an 1876 court transcript of a West African woman who was wrongfully enslaved and took her case to court.

As he was sitting in the National Archives in Ghana almost a quarter of a century ago, he found one source “that really was this moment as a historian that we look to have”: a young woman in a court case prosecuting a man for illegally enslaving her in 1876.

“What stood out for me and what made it immediately relevant, even though I didn't know what to do with it for 10 or 12 years, was the fact that this young woman frequently said things like, ‘I had no will of my own, and I could not look after my body and my health and I knew I was a slave,’” he said.

Read the entire story at http://penntoday.upenn.edu/news/graphic-histories-understanding-middle-east-and-africa-through-comics