On Screen and Off: Cinema and the Making of Nazi Hamburg 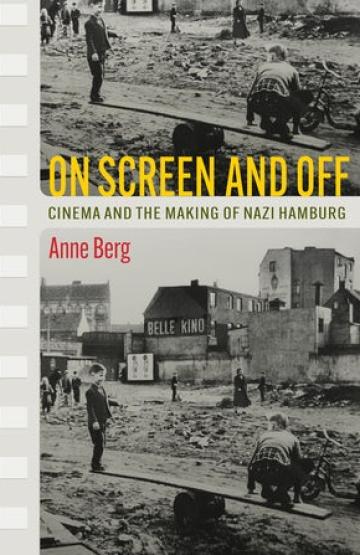 On Screen and Off shows that the making of Nazism was a local affair and the Nazi city a product of more than models and plans emanating from Berlin. In Hamburg, film was key in turning this self-styled "Gateway to the World" into a "Nazi city." The Nazi regime imagined film as a powerful tool to shape National Socialist subjects. In Hamburg, those very subjects chanced upon film culture as a seemingly apolitical opportunity to articulate their own ideas about how Nazism ought to work. Tracing discourses around film production and film consumption in the city, On Screen and Off illustrates how Nazi ideology was envisaged, imagined, experienced, and occasionally even fought over.

Local authorities in Hamburg, from the governor Karl Kaufmann to youth wardens and members of the Hamburg Film Club, used debates over cinema to define the reach and practice of National Socialism in the city. Film thus engendered a political space in which local activists, welfare workers, cultural experts, and administrators asserted their views about the current state of affairs, articulated criticism and praise, performed their commitment to the regime, and policed the boundaries of the Volksgemeinschaft. Of all the championed "people's products," film alone extended the promise of economic prosperity and cultural preeminence into the war years and beyond the city's destruction. From the ascension of the Nazi regime through the smoldering rubble, going to the movies grounded normalcy in the midst of rupture.