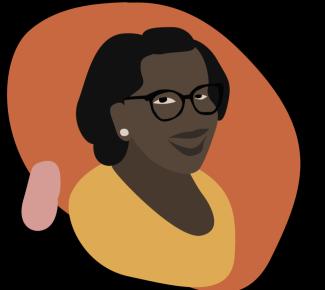 Earlier this month, a court in Moscow sentenced Brittney Griner to nine years in prison for bringing cannabis oil into Russia in February 2022. If forced to serve her full term, the American basketball star would be almost 40 before she’s free to come home. The outcome of Griner’s trial was never in doubt, but her fate remains undecided, pending negotiations between Moscow and Washington about a potential exchange that could involve another American citizen imprisoned in Russia (former Marine Paul Whelan) and two Russian nationals who are currently jailed in the West (arms trafficker Viktor Bout in the U.S. and convicted assassin Vadim Krasikov in Germany). Kimberly St. Julian-Varnon, a doctoral student in history at the University of Pennsylvania who writes about race, foreign policy, and culture in Russia, has been following Griner’s case closely and says it embodies the Putin regime’s newfound confidence in its bad reputation abroad.

Since the news of Brittney Griner’s conviction and nine-year sentence for violating Article 229 of Russia’s Criminal Code, American public discourse has been in a firestorm. Opposing sides argue that Brittney’s sentence is an example of Russian racism. Others blame Griner for breaking Russian law or for being in Russia as its diplomatic relations with the United States deteriorated.

As many Americans focus their attention on transposing American understandings of justice and injustice onto Russia, I have been interested in how little we discuss what Griner’s case reveals about Russia. As I’ve argued previously, Griner’s conviction tells us how comfortable Russia (read: Putin and his administrative apparatus) has become as a pariah to the West.

The latest invasion of Ukraine and the brutality with which Russian forces have behaved there (atrocities committed in Bucha, Irpin, and Mykolaiv are just a few examples) are only one facet of Russia’s growing international isolation and the embrace of its outcast position in the West. As the European Union, Great Britain, and the United States maintain their sanctions packages against Moscow, we’ve seen comical Russian reinventions of popular Western brands and foods. Vain attempts at Russianizing Western goods — like a McDonald’s replacement (“Delicious, Full Stop”) and prison versions of Ikea furniture — underscore how much Russia and Russians are economically connected to and dependent on the West.

So, how does Brittney Griner fit into this puzzle? Griner’s arrest, conviction, and sentencing are due to the war in Ukraine. It is not a coincidence that she was arrested a week before Russia began its latest assault. Griner’s imprisonment is now a warning to other Western athletes (particularly Americans) not to visit or compete in Russia anytime soon. She represents leverage that Russia has not held over the United States in decades, and we still do not know how Putin will use that leverage. Still, these are the overarching geopolitical implications.

‘She's an amazing soul’ American basketball star Brittney Griner has been in a Russian prison for over four months. Is her release on the horizon?

Despite the dazzling salaries that women’s basketball teams in Russia offer to WNBA players in the offseason, the risks of returning to play here are now too great. This is disappointing and lamentable on multiple levels. Griner and others in the WNBA enjoyed their time in Russia, praised their Russian colleagues, and won championships for Russian teams. Griner’s teammates testified on her behalf, illustrating the deep friendships and connections forged between American and Russian women’s basketball players.

Russia’s war in Ukraine and case against Griner has severed connections like these — ties that took years to build. Like other Russians, Griner’s UMMC Yekaterinburg teammates now face increasingly draconian limitations on their speech and contact with foreigners. American audiences unfamiliar with Russian politics do not appreciate the significance of teammate Evgeniya Belyakova and General Manager Maxim Ryabkov testifying in court on Griner’s behalf.

The war in Ukraine and Brittney Griner’s case have reinforced the worst Cold War-era Western stereotypes and ideas about Russia, from the “Communist” totalitarian state to the “Eastern” menace. The difference, it seems, is that Russia is now leaning into these descriptions. On television (still the most popular source of information in Russia), the state media regularly broadcasts support for the depravity of Russian violence in Ukraine and for using Americans like Brittney Griner as bargaining chipswith Western powers.

What remains to be seen for Griner is if Russia will negotiate with the United States in good faith for her and Paul Whelan’s release. In exchange for these two wrongfully imprisoned Americans, Russia has asked for two dangerous Russian nationals: a convicted arms dealer, Viktor Bout, and a convicted murderer in German custody, Vadim Krasikov.

It’s as if Russia is replaying the script from a bad 1980s spy film.

Under Vladimir Putin’s rule, Russia stands at a historical precipice from which it may not be able to return. It is isolated, violent, and increasingly dependent on Western antagonism for its self-image. Brittney Griner, Paul Whelan, and Viktor Bout will probably return to their respective home countries in the coming months. But the damage Russia has done in Ukraine and the harm it has inflicted on its standing in the world are irreparable.