A historical look at Diana, 25 years after her death. Emma Hart, History, offers her perspective on the history of royal celebrity, the British monarchy’s current role in public life 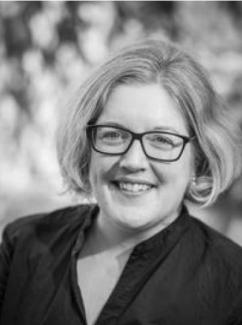 August 31 marks the 25th anniversary of the death of Diana, Princess of Wales. The 36-year-old Diana, boyfriend Dodi Fayed, and driver Henri Paul were killed in an automobile accident after speeding through Paris while trying to avoid paparazzi, their car crashing in a tunnel near the Seine River.

As the Richard S. Dunn Director of the McNeil Center for Early American Studies and a history professor in the School of Arts & Sciences, Emma Hart researches early North America and early modern Britain. Penn Today asked her about the relevance of the royal family today and how it has changed during the past quarter century. In this Q&A, Hart offers her perspective on the history of royal celebrity, the monarchy’s current role in public life, and Diana’s legacy.

What did royal celebrity look like in the years before Diana?

There is an almost 300-year history of royals being celebrities in British and American life. The popular press was already flourishing in 18th-century Britain and its American colonies, and readers were keen for news and gossip about the royal family. George III, who was on the throne during the American Revolution, was the first monarch to actively cultivate a public image.

George’s efforts made an impression in Britain and America. As historian Brendan McConville has noted, the monarch’s popularity was at a peak just before the American Revolution, with many colonists deeply loyal to him. Colonists and Britons regularly celebrated George III’s birthday with fireworks parties. Consequently, it was very difficult for Americans to turn their back on the monarch.

George’s popularity flourished throughout episodes of poor mental health towards the end of his reign, leaving him unable to fulfill his royal duties. By this time his friendly public image as ‘Farmer George’—a down-to-earth character—was well established. There are certainly Diana-like echoes in this situation, as her friendly and approachable persona stemmed in part from her openness about her own mental health struggles. In both cases, the public became endeared to their monarchs through things that made them seem more human.

In many ways, the ability to cultivate a ‘friendly’ monarchy has also been possible because the royal family have long been relatively powerless in British politics. Already, when Queen Victoria started her reign in 1819, she was largely marginalized in terms of political power. Knowing that the monarchy has been more of a figurehead and cultural icon for such a long time helps you understand why these questions of celebrity and their role in public life are so important. The British monarchy has to make itself useful in some way, and being popular with the public, while also being an ‘icon,’ is a good way to achieve that.

While it is true that other European monarchies also became more subject to public opinion from the later 1700s onwards, none has had to be as concerned as the British royal family about their popular image from such an early stage. What is more, many continental royals have been able, in the 20th century, to quietly become more ‘ordinary.’

Because the public supports it, and class structure is still such an important part of British life. That sense of hierarchy is important, and I think if the monarchy decided they were just going to ‘go normal’ a lot of people would object to it. They’d say that the royals have to live according to their status and they need to keep up that pomp and circumstance.

Things tend to change very slowly in Britain. The British Isles suffered through one cataclysmic civil war in the 1600s, in which they chopped off the head of Charles I. Yet, after a brief period of republican rule, they restored the monarchy. Changes in social and political hierarchy have happened at a glacial pace ever since. It took well over 100 years of campaigning for working men to get the vote. Britain is very wedded to the monarchy because it is a conservative with a small ‘c’ society. The royal family represent stability and tradition in social and class structure.

Of course, the royal family are also a great tourist attraction. The House of Windsor brings in approximately $2.7 billion a year to the British economy.