Reevaluating the Third Reich (Europe Past and Present) 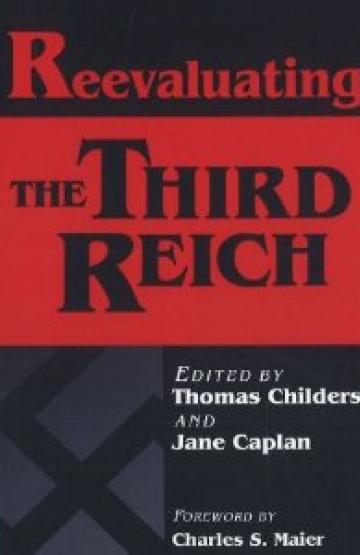 Despite the passage of time and the accumulation of information about the Nazi era, many crucial aspects still maintain their historical significance and moral urgency. In this thought-provoking volume, distinguished scholars provide critical yet controversial analyses of Nazi racism, economic and industrial policy, the place of ideology in decision making, and the structure and function of the Nazi state.The authors' interpretations of these significant issues are influenced by contemporary concerns such as the focus on social history and everyday life; feminist interest in the role of women and reproductive politics; the emergence of a eugenics paradigm; and investigation into the relationship of big business, labour, and the Nazi economic order. Yet these essays do not collectively normalise the Third Reich nor do they diminish the enormity of its project of systematic mass murder. This challenging book is certain to provoke further debate as it expands our knowledge of the complex dynamics of a brutal regime.