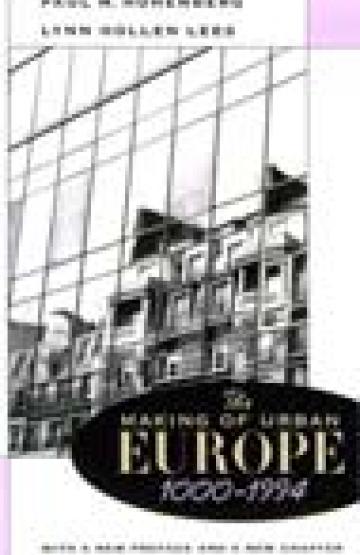 Europe became a land of cities during the last millennium. The story told in this book begins with North Sea and Mediterranean traders sailing away from Dorestad and Amalfi, and with warrior kings building castles to fortify their conquests. It tells of the dynamism of textile towns in Flanders and Ireland. While London and Hamburg flourished by reaching out to the world and once vibrant Spanish cities slid into somnlence, a Russian urban network slowly grew to rival that of the West. Later as the tide of industrialization swept over Europe, the most intense urban striving and then settled back into the merchant cities and baroque capitals of an earlier era.

By tracing the large-scale precesses of social, economic, and political change within cities, as well as the evolving relationships between town and country and between city and city, the authors present an original synthsis of European urbanization within a global context. They divide their study into three time periods, making the early modern era much more than a mere transition from preindustrial to industrial economies. Through both general analyzes and incisive case studies, Hohenberg and Lees show how cities originated and what conditioned their early development and later growth. How did urban activity respond to demographic and techological changes? Did the social consequences of urban life begin degradation or inspire integration and cultural renewal? New analytical tools suggested by a systems view of urban relations yield a vivid dual picture of cities both as elements in a regional and national heirarchy of central places and also as junctions in a transnational network for the exchange of goods, information, and influence.

A lucid text is supplemented by numerous maps, illustrations, figures, and tables, and by substantial bibliography. Both a general and a scholarly audience will find this book engrossing reading.