Wings Of Morning: The Story Of The Last American Bomber Shot Down Over Germany In World War II 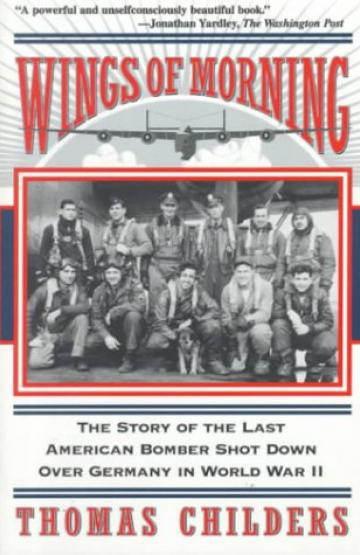 On April 21, 1945, the twelve-member crew of the Black Cat set off on one of the last air missions in the European theater of World War II. Ten never came back. This is the story of that crew—where they came from, how they trained, what it was like to fly a B-24 through enemy flak, and who was waiting for them to come home. Historian Thomas Childers, nephew of the Black Cat’s radio operator, has reconstructed the lives and tragic deaths of these men through their letters home and through in-depth interviews, both with their families and with German villagers who lived near the crash site. In so doing he unearths confusion about the exact number of crash survivors and ugly rumors of their fate at the hands of the German villagers. His search to determine what really happened leads him to the crash site outside of Regensburg to lay the mystery to rest.In the tradition of Young Men and Fire, Wings of Morning is history as commemoration-an evocation of people and events that brings to life a story of love, loss, and a family’s quest for truth.