The First Crusade: "The Chronicle of Fulcher of Chartres" and Other Source Materials 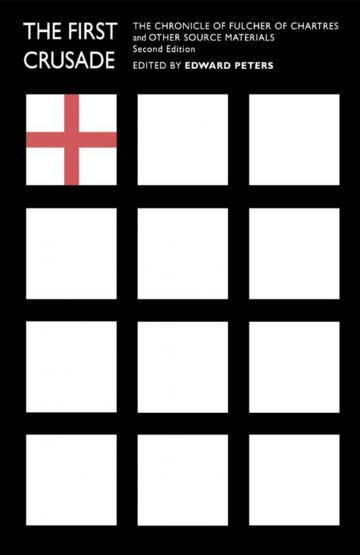 The First Crusade received its name and shape late. To its contemporaries, the event was a journey and the men who took part in it pilgrims. Only later were those participants dubbed Crusaders—"those signed with the Cross." In fact, many developments with regard to the First Crusade, like the bestowing of the cross and the elaboration of Crusaders' privileges, did not occur until the late twelfth century, almost one hundred years after the event itself.

In a greatly expanded second edition, Edward Peters brings together the primary texts that document eleventh-century reform ecclesiology, the appearance of new social groups and their attitudes, the institutional and literary evidence dealing with Holy War and pilgrimage, and, most important, the firsthand experiences by men who participated in the events of 1095-1099.

Peters supplements his previous work by including a considerable number of texts not available at the time of the original publication. The new material, which constitutes nearly one-third of the book, consists chiefly of materials from non-Christian sources, especially translations of documents written in Hebrew and Arabic. In addition, Peters has extensively revised and expanded the Introduction to address the most important issues of recent scholarship.