Matheus Miller's Memoir: A Merchant's Life in the Seventeenth Century 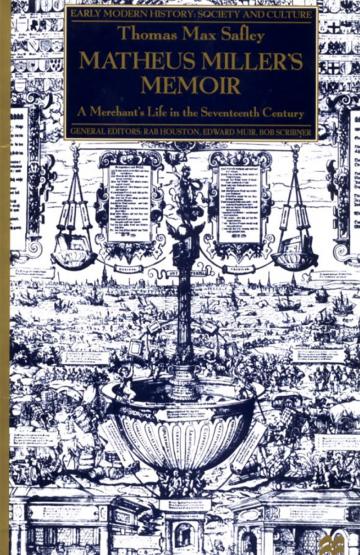 Matheus Miller's Memoir reconstructs the world and worldview of a Lutheran merchant from the city of Augsburg in the 17th century. This story of his experience is based on his memoir and associated documents which explores universal institutions of early modern Europe: patriarchy, hierarchy, honor, community, and confession. Though Miller lived through some of the great events of his age, he scarcely mentioned them; though he was raised in the standard values of his age, he understood and applied them idiosyncratically.