The Pig Farmer's Daughter and Other Tales of American Justice: Episodes of Racism and Sexism in the Courts from 1865 to the Present 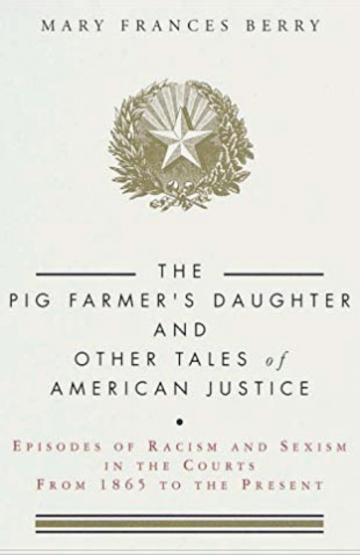 From the head of the U.S. Civil Rights Commission comes a landmark study of the ways in which prejudice has shaped American justice from the Civil War era to the present. With an ear tuned to the social subtext of every judicial decision, Mary Frances Berry examines a century's worth of appellate cases,  ranging from a nineteenth-century Alabama case in which a white woman was denied her divorce petition because an affair between a white man (her husband) and a black woman (his lover) was "of no consequence," to such recent, high-profile cases as the William Kennedy Smith and O.J. Simpson trials. By turns shocking, moving, ironic, and tragic, each tale ends in the laying down of law. And because the law perpetuates myths of race, gender, and class, they are stories that affect the lives of us all.