The Mormon Question: Polygamy and Constitutional Conflict in Nineteenth-Century America 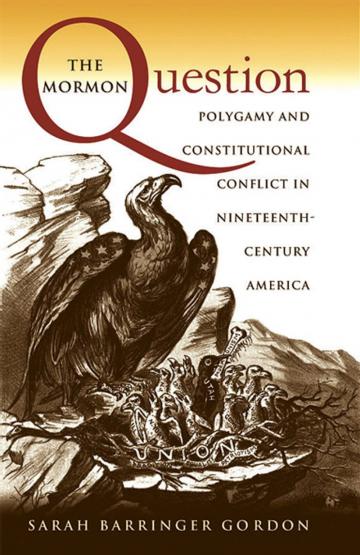 The University of North Carolina Press

From the Mormon Church's public announcement of its sanction of polygamy in 1852 until its formal decision to abandon the practice in 1890, people on both sides of the "Mormon question" debated central questions of constitutional law. Did principles of religious freedom and local self-government protect Mormons' claim to a distinct, religiously based legal order? Or was polygamy, as its opponents claimed, a new form of slavery--this time for white women in Utah? And did constitutional principles dictate that democracy and true liberty were founded on separation of church and state?

As Sarah Barringer Gordon shows, the answers to these questions finally yielded an apparent victory for antipolygamists in the late nineteenth century, but only after decades of argument, litigation, and open conflict. Victory came at a price; as attention and national resources poured into Utah in the late 1870s and 1880s, antipolygamists turned more and more to coercion and punishment in the name of freedom. They also left a legacy in constitutional law and political theory that still governs our treatment of religious life: Americans are free to believe, but they may well not be free to act on their beliefs.