Beyond the Covenant Chain: The Iroquois and Their Neighbors in Indian North America, 1600-1800 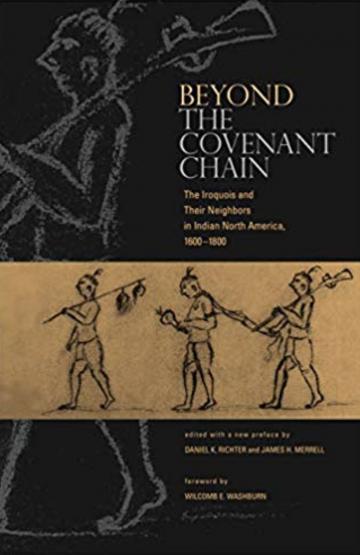 For centuries the Western view of the Iroquois was clouded by the myth that they were the supermen of the frontier-'the Romans of this Western World,' as De Witt Clinton called them in 1811. Only in recent years have scholars come to realize the extent to which Europeans had exaggerated the power of the Iroquois. First published in 1987, Beyond the Covenant Chain was one of the first studies to acknowledge fully that the Iroquois never had an empire. It remains the best study of diplomatic and military relations among Native American groups in seventeenth- and eighteenth-century North America. Published in paperback for the first time, it features a new introduction by Richter and Merrell. Contributors include Douglas W. Boyce, Mary A. Druke-Becker, Richard L. Haan, Francis Jennings, Michael N. McConnell, Theda Perdue, and Neal Salisbury.