Beyond the Pale: The Jewish Encounter with Late Imperial Russia 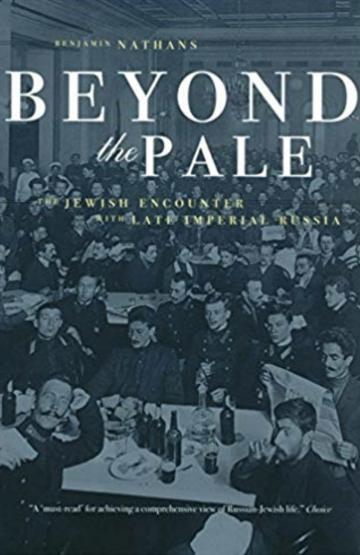 A surprising number of Jews lived, literally and figuratively, "beyond the Pale" of Jewish Settlement in tsarist Russia during the half-century before the Revolution of 1917. Thanks to the availability of long-closed Russian archives, along with a wide range of other sources, Benjamin Nathans reinterprets the history of the Russian-Jewish encounter.
In the wake of Russia's "Great Reforms," Nathans writes, a policy of selective integration stimulated social and geographic mobility among the empire's Jews. The reaction that culminated, toward the turn of the century, in ethnic restrictions on admission to universities, the professions, and other institutions of civil society reflected broad anxieties that Russians were being placed at a disadvantage in their own empire. Nathans's conclusions about the effects of selective integration and the Russian-Jewish encounter during this formative period will be of great interest to all students of modern Jewish and modern Russian history.