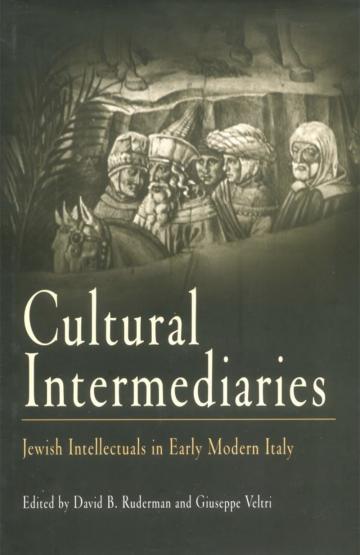 Focusing on an epoch of spectacular demographic, political, economic, and cultural changes for European Jewry, Cultural Intermediaries chronicles the lives and thinking of ten Jewish intellectuals of the Renaissance, nine of them from Italy and one a Portuguese exile who settled in the Ottoman empire after a long sojourn in Italy. David B. Ruderman, Giuseppe Veltri, and the other contributors to this volume detail how, in the relative openness of cultural exchange encountered in such intellectual centers as Florence, Mantua, Pisa, Naples, Ferrara, and Salonika, these Jewish savants sought to enlarge their cultural horizons, to correlate the teachings of their own tradition with those outside it, and to rethink the meaning of their religious and ethnic identities within the intellectual and religious categories common to European civilization as a whole.

The engaging intellectual profiles created especially for this volume by scholars from Israel, North America, and Europe represent an important rereading and reinterpretation of early modern Jewish culture and society and its broader European intellectual contexts.