The Jewish Americans: Three Centuries of Jewish Voices in America 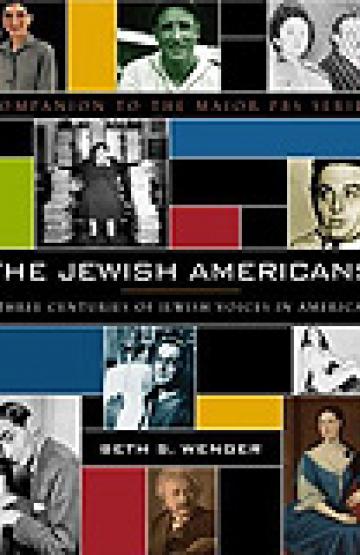 What was it like for the first Jews to arrive in the New World? How did a Bavarian immigrant’s crockery business expand into one of the nation’s top department stores? How did Yiddish theater and humor influence Hollywood and mainstream entertainment? How has Israel affected American Jewish identity? This magnificently illustrated book, companion to the major PBS television documentary produced by David Grubin, tells the history of Jews in America in a captivating and accessible collection of first-person accounts, interviews, distinguished scholarly writings, and profiles of prominent Jews as well as ordinary Jewish immigrants.

The text and images trace more than three hundred years of American Jewish history— from the first arrival of Jews in colonial America in 1654 to the social movements of today—and everything in between. The book chronicles the mass immigration of Jews in the late nineteenth and early twentieth centuries, the innovations of American Jewish culture, responses to anti-Semitism, and transition from immigrant to middle-class neighborhoods. It tells the story of the Jewish presence in sports and entertainment, the transformative watershed events of World War II and the Holocaust, the impact of the establishment of Israel, the emergence of new forms of American Jewish identity, and the responsibilities of the Jewish community today.

This comprehensive and often surprising look at the growth, difficulties, and accomplishments of the Jewish American community is further enhanced by the intimate first-person accounts of several generations of American Jews. Activists, musicians, spiritual leaders, politicians, and so many others come to life through their photos, correspondence, and interviews. They lend faces and personal experiences to the movements and events they lived through, and they remind us that the story of Jews is the story of America. Carving out a life for themselves in the free and open society of the United States, Jews maintained their identity while becoming an integral part of American culture.