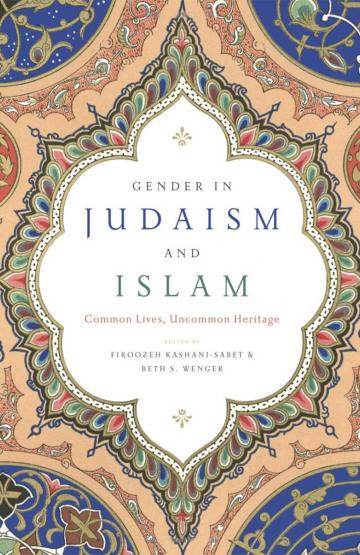 Jewish and Islamic histories have long been interrelated. Both traditions emerged from ancient cultures born in the Middle East and both are rooted in texts and traditions that have often excluded women. At the same time, both groups have recently seen a resurgence in religious orthodoxy among women, as well as growing feminist movements that challenge traditional religious structures. In the United States, Jews and Muslims operate as minority cultures, carving out a place for religious and ethnic distinctiveness. The time is ripe for a volume that explores the relationship between these two religions through the prism of gender. Gender in Judaism and Islam brings together scholars working in the fields of Judaism and Islam to address a diverse range of topics, including gendered readings of texts, legal issues in marriage and divorce, ritual practices, and women's literary expressions and historical experiences, along with feminist influences within the Muslim and Jewish communities and issues affecting Jewish and Muslim women in contemporary society. Carefully crafted, including section introductions by the editors to highlight big picture insights offered by the contributors, the volume focuses attention on the theoretical innovations that gender scholarship has brought to the study of Muslim and Jewish experiences. At a time when Judaism and Islam are often discussed as though they were inherently at odds, this book offers a much-needed reconsideration of the connections and commonalties between these two traditions. It offers new insights into each of these cultures and invites comparative perspectives that deepen our understanding of both Islam and Judaism.