Sorting Out the Mixed Economy: The Rise and Fall of Welfare and Developmental States in the Americas 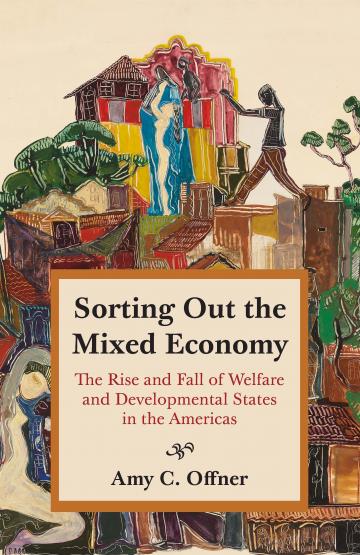 In the years after 1945, a flood of U.S. advisors swept into Latin America with dreams of building a new economic order and lifting the Third World out of poverty. These businessmen, economists, community workers, and architects went south with the gospel of the New Deal on their lips, but Latin American realities soon revealed unexpected possibilities within the New Deal itself. In Colombia, Latin Americans and U.S. advisors ended up decentralizing the state, privatizing public functions, and launching austere social welfare programs. By the 1960s, they had remade the country’s housing projects, river valleys, and universities. They had also generated new lessons for the United States itself. When the Johnson administration launched the War on Poverty, U.S. social movements, business associations, and government agencies all promised to repatriate the lessons of development, and they did so by multiplying the uses of austerity and for-profit contracting within their own welfare state. A decade later, ascendant right-wing movements seeking to dismantle the midcentury state did not need to reach for entirely new ideas: they redeployed policies already at hand.

In this groundbreaking book, Amy C. Offner brings readers to Colombia and back, showing the entanglement of American societies and the contradictory promises of midcentury statebuilding. The untold story of how the road from the New Deal to the Great Society ran through Latin America, Sorting Out the Mixed Economy also offers a surprising new account of the origins of neoliberalism.