A Revolution in Language: The Problem of Signs in Late Eighteenth-Century France 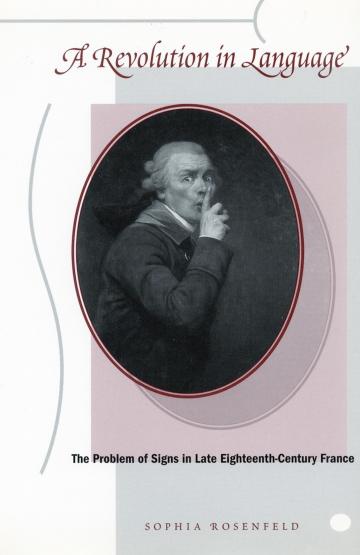 What is the relationship between the ideas of the Enlightenment and the culture and ideology of the French Revolution? This book takes up that classic question by concentrating on changing conceptions of language and, especially, signs during the second half of the eighteenth century. The author traces, first, the emergence of a new interest in the possibility of gestural communication within the philosophy, theater, and pedagogy of the last decades of the Old Regime. She then explores the varied uses and significance of a variety of semiotic experiments, including the development of a sign language for the deaf, within the language politics of the Revolution. A Revolution in Language shows not only that many key revolutionary thinkers were unusually preoccupied by questions of language, but also that prevailing assumptions about words and other signs profoundly shaped revolutionaries' efforts to imagine and to institute an ideal polity between 1789 and the start of the new century. This book reveals the links between Enlightenment epistemology and the development of modern French political culture.