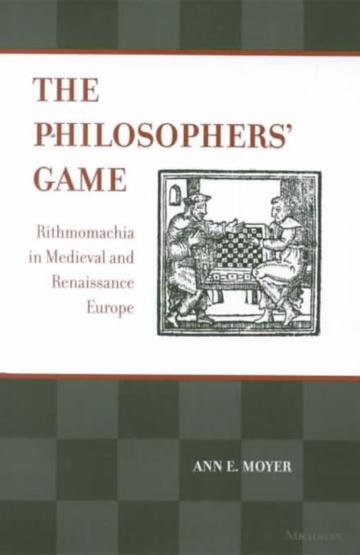 In The Philosophers' Game, Ann E. Moyer invites us to engage with the forgotten chess-like game Rithmomachia ("The Battle of Numbers"), which combined the pleasures of gaming with mathematical study and moral education. Intellectuals of the medieval and Renaissance periods who played this game were not only seeking to master the principles of Boethian mathematics but were striving to improve their own understanding of the secrets of the cosmos.

The Philosophers' Game, which includes a complete, illustrated Elizabethan rulebook, examines the nature and importance of the game's appeal as well as some of the reasons why it faded into obscurity. Rithmomachia enjoyed a last wave of popularity during the Renaissance before the early Scientific Revolution led to its disappearance. The demise of Rithmomachia forms part of the great transformation of fields of learning and the classification of knowledge that marked the final dissolution of the quadrivium among the traditional liberal arts.

The Philosophers' Game will interest anyone who studies the history of science, mathematics, or education in medieval and Renaissance Europe; the intellectual or cultural history of those eras; or the histories of games, sports, and leisure. It will also interest scholars interested in astrology and magic.